The Tuning stage can last as short as a few weeks, but much more likely several months, particularly as you test, adjust, test and adjust your defenses again and again. Gradually, dealing with a trigger situation without temptation will become second nature to you. When you have reached this point, you will have successfully finished the Tuning stage.

But that does not mean you are done. While you no longer have to worry frequently about succumbing to a trigger and relapsing, you should not let your guard down, nor assume your tuned defenses will continue to work “as-is” forever. No matter how long you are sober, you will never be able to let your guard down entirely in your ongoing, everyday life.

Once you have your entire trigger defenses finely tuned—likely somewhere around the one-year mark—you can consider yourself a pretty seasoned and successful veteran of the Conquer Program. Does that mean your victory is complete? Unfortunately, the answer is no; you will never completely rid yourself of this disease, as there is no cure. The best way to keep a conquered enemy from rising up to hurt you is to keep your defenses strong and be on the lookout for new methods of attack.

What is “testing?” Testing is deliberately putting yourself in trigger situations where you can see how well your defenses hold up. If Proximity is a big trigger, go into the liquor section of your grocery store. If Smell or Social Situations are triggers, then go to a bar. And so on.

More likely the biggest danger time for you in ongoing sobriety is if and when your life’s circumstances change. You get a new job, lose a job, get married, have a child, get divorced, move to a new city, a close relative passes away—these kinds of major Changes in life can have a huge impact on your triggers and/or your defenses. Changes don’t have to be one or two big ones; they can be several smaller ones that cumulatively add up to major Change over a short period. For those reasons it is recommended you periodically refresh all your defense progressions every 3 months or so (every calendar quarter, the beginning of a new season, etc.) using the 9 CPDP Steps described in Level 13.

​
​Most Alcoholism Treatment programs treat sobriety as a single stage of mind—typically a one-size-fits-all, the-first-day-of-sobriety-is-the-same-as-the-last way of thinking. Nothing could be further from the truth. Your descent into alcoholism evolved in different stages over time, so over time you can expect some differences in both how you feel sober as well as techniques to make you stay that way.​

Reflecting this reality, there are 3 main stages of sobriety in the Conquer Program: Early Sobriety, "Tuning" Sobriety, and Ongoing Sobriety.

The 3 Stages of Sobriety

The 3 Stages of Sobriety​

You should plan on adopting this approach for the rest of your life. It is a small price to pay to spend several hours a few times a year making sure your defenses are optimized. The motivation could not be bigger—it’s your life and happiness at stake here. 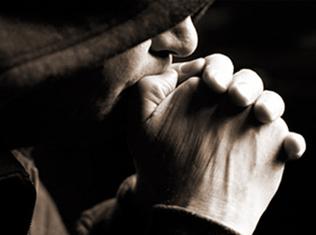 The 3 Stages of Sobriety

Of course, doing so without any backup could be high risk. In those situations, you may want a trusted friend to accompany you in case your defenses turn out to be inadequate. He or she can then also sit down with you to help you figure out how to adjust your defenses.

One way of self-inflicting a relapse in ongoing sobriety is succumbing to the Overconfidence trigger.[1] You haven’t drunk in a year; you are feeling great, and then WHAM you are drinking. How could that happen? Sometimes because you became a bit too cocky, such as going into a high-risk trigger situation unprepared for several triggers to hit you at once. Maybe it is attending a holiday office party (which can include associated related triggers of Smell, Taste, Proximity, Social Situations, Job issues, and Peer Pressure to name a few). You may even go so far as to think you could actually take one drink with no harm. Just one drink is not going to happen.

[1] A version of this is called the “Pink Cloud,” and is discussed in the Overconfidence trigger section in Level 2.​

The first three months of sobriety or so will be the most difficult for many people, primarily in getting used to the physical changes that come with new sobriety. Fogged heads, disjointed thought processes, occasional shakes and upset stomachs, problems sleeping, frequently feeling like shit, and in general getting back on your feet mentally and physically will be preoccupying you. There is no way around it—for many of you this will not be in any way enjoyable.

Assuming you were still drinking or had very recently stopped while you have been reading this book, you are early in Early Sobriety. Hence, your understanding of your triggers is still very new, and there may well be a chance you haven’t correctly identified all your triggers at the moment. This is why I strongly recommend rereading Level 2—Know Your Triggers at least once.

While I could not find any reliable statistics on the frequency of relapses within certain time frames of getting sober, the anecdotal evidence and common sense suggests that these first few months are the most likely for relapse. Other programs operate on this assumption. For example, AA recommends attend “90 meetings in 90 days” in your first 3 months of sobriety and distributes actual coins for 30, 60, and 90-day sobriety “anniversaries.”

Recognizing this, first go back and reread Level 2 if you haven’t already. As you go through the rest of Level 13, in particular the (soon to be discussed) 9 steps for developing your defense progressions (called the Conquer Progressions Development Process, or CPDP), pay especially close attention to Step #8—Develop a Generic Trigger Defense. A “generic trigger defense” is just what it sounds like: a way of defending against most types of alcohol attacks, if only for a little while. This step is intended to protect you against any triggers not successfully identified previously—or at least buying you enough time to let the particular circumstances causing you to want to drink to dissipate.

Most triggers will have some circumstances where they don’t last very long. You get Angry over something relatively trivial.  You have an argument and start Yelling at your partner.  You are forced to attend a party and endure Social Situations, Proximity and Smell—all these will go away with a bit of time. The trick is not giving into the temptation to drink while they are at their worst. This is the core purpose of the generic defense, until you can develop stronger, more specific defenses.

With 3 months or so of sobriety under your belt, you can relax a bit (just a little) and start focus on “tuning” your defenses. It is almost a certainty that the defenses you developed the first time for a given trigger can be improved. Much of this tuning is related to better understanding the Related Triggers’ defenses (see CPDP Step #3), as well as ordering, testing, and adjusting your defenses (CPDP Steps #6 and #7). Important note: this does not mean that you will only do certain steps in one phase and not another. You will do all steps in each phase, multiple times. The steps highlighted are ones that are of particular importance during that phase of sobriety.